In early March, Rebecca and I went to Chelsea College of Art to take part in a conference called Contested Sites organised by TrAIN (Research centre for Transnational Art, Identity, Nation. We resurrected our market stall and asked conference participants to tell us their narratives and journeys that their research had led them on. Some of these became lines of thread on a map, a trial piece for the work I am now making in the gallery. 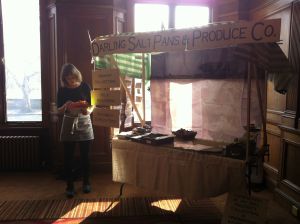 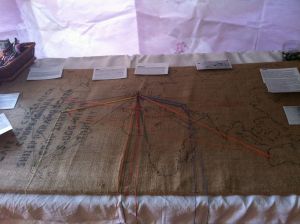 We also presented a paper on the Brixton work, which lead to an interesting discussion about the nature of memory, who memory belongs to, who can collect and tell it. This echoed the themes of the day which were sparked off by keynote speaker Eyal Sivan’s discussion of memory and representation through filmed image, in his context in Palestine, where the settlers ‘created’ the image of an empty desert.

He asked, who is looking? Who is giving the commentary? Who is the actor and who is the witness? The contestation becomes not just over site but over the role different individuals and communities play, and the role we play as researchers and actors in our own research. 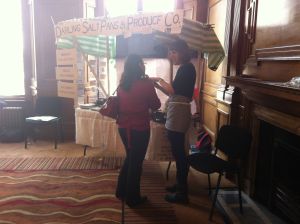